In June Sumo Dojo (our online community) launched a contest to learn more about how our customers are using Amazon Web Services like EC2, S3, ELB, and AWS Lambda. The Sumo Logic service is built on AWS and we have deep integration into Amazon Web Services. And as an AWS Technology Partner we’ve collaborated closely with AWS to build apps like the Sumo Logic App for Lambda.

So we wanted to see how our customers are using Sumo Logic to do things like collecting logs from CloudWatch to gain visibility into their AWS applications. We thought you’d be interested in hearing how others are using AWS and Sumo Logic, too. So in this post I’ll share their stories along with announcing the contest winner.

The contest narrowed down to two finalists – SmartThings, which is a Samsung company operates in the home automation industry and provides access to a wide range of connected devices to create smarter homes that enhance the comfort, convenience, security and energy management for the consumer.

WHOmentors, Inc. our second finalist, is a publicly supported scientific, educational and charitable corporation, and fiscal sponsor of Teen Hackathon. The organization is, according to their site, “primarily engaged in interdisciplinary applied research to gain knowledge or understanding to determine the means by which a specific, recognized need may be met.”

At stake was a DJI Phantom 3 Drone. All entrants were awarded a $10 Amazon gift card. 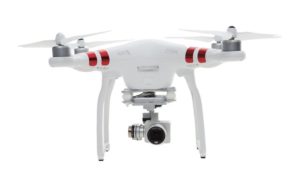 The Drone winner was selected based on the following criteria:

As noted in the Sumo Dojo posting, the winner would be selected based on our own editorial judgment and community reactions to the post (in the form of comments or “likes”) to select one that’s most interesting, useful and detailed.

SmartThings has been working on a feature to enable Over-the-air programming (OTA) firmware updates of Zigbee Devices on user’s home networks. For the uninitiated, Zigbee is an IEEE specification for a suite of high-level communication protocols used to create personal area networks with small, low-power digital radios. See the Zigbee Alliance for more information.

According to one of the firmware engineers at SmartThings, there are a lot of edge cases and potential points of failure for an OTA update including:

Disaster in this scenario would be a user’s device ending up in a broken state. As Vlad Shtibin related:

“Our platform is deployed across multiple geographical regions, which are hosted on AWS. Within each region we support multiple shards, furthermore within each shard we run multiple application clusters. The bulk of the services involved in the firmware update are JVM based application servers that run on AWS EC2 instances.

Our goal for monitoring was to be able to identify as many of these failure points as possible and implement a recovery strategy. Identifying these points is where Sumo Logic comes into the picture. We use a key-value logger with a specific key/value for each of these failure points as well as a correlation ID for each point of the flow. Using Sumo Logic, we are able to aggregate all of these logs by passing the correlation ID when we make calls between the systems.

Using Sumo Logic, we are able to aggregate all of these logs by passing the correlation ID when we make calls between the systems.

We then created a search query (eventually a dashboard) to view the flow of the firmware updates as they went from our cloud down to the device and back up to the cloud to acknowledge that the firmware was updated. This query parses the log messages to retrieve the correlation ID, hub, device, status, firmware versions, etc.. These values are then fed into a Sumo Logic transaction enabling us to easily view the state of a firmware update for any user in the system at a micro level and the overall health of all OTA updates on the macro level.

Depending on which part of the infrastructure the OTA update failed, engineers are then able to dig in deeper into the specific EC2 instance that had a problem. Because our application servers produce logs at the WARN and ERROR level we can see if the update failed because of a timeout from the AWS ElasticCache service, or from a problem with a query on AWS RDS. Having quick access to logs across the cluster enables us to identify issues across our platform regardless of which AWS service we are using.

As Vlad noted, This feature is still being tested and hasn’t been rolled out fully in PROD yet. “The big take away is that we are much more confident in our ability identify updates, triage them when they fail and ensure that the feature is working correctly because of Sumo Logic.”

WHOmentors.com, Inc. is a nonprofit scientific research organization and the 501(c)(3) fiscal sponsor of Teen Hackathon. To facilitate their training to learn languages like Java, Python, and Node.js, each individual participate begins with the Alexa Skills Kit, a collection of self-service application program interfaces (APIs), tools, documentation and code samples that make it fast and easy for teens to add capabilities for use Alexa-enabled products such as the Echo, Tap, or Dot.

According WHOmentors.com CEO, Rauhmel Fox, “The easiest way to build the cloud-based service for a custom Alexa skill is by using AWS Lambda, an AWS offering that runs inline or uploaded code only when it’s needed and scales automatically, so there is no need to provision or continuously run servers.

With AWS Lambda, WHOmentors.com pays only for what it uses. The corporate account is charged based on the number of requests for created functions and the time the code executes. While the AWS Lambda free tier includes one million free requests per month and 400,000 gigabyte (GB)-seconds of compute time per month, it becomes a concern when the students create complex applications that tie Lambda to other expensive services or the size of their Lambda programs are too long.

Ordinarily, someone would be assigned to use Amazon CloudWatch to monitor and troubleshoot the serverless system architecture and multiple applications using existing AWS system, application, and custom log files. Unfortunately, there isn’t a central dashboard to monitor all created Lambda functions.

With the integration of a single Sumo Logic collector, WHOmentors.com can automatically route all Amazon CloudWatch logs to the Sumo Logic service for advanced analytics and real-time visualization using the Sumo Logic Lambda functions on Github.”

“Instead of a “pull data” model, the “Sumo Logic Lambda function” grabs files and sends them to Sumo Logic web application immediately. Their online log analysis tool offers reporting, dashboards, and alerting as well as the ability to run specific advanced queries as needed.

The real-time log analysis combination of the “SumoLogic Lambda function” assists me to quickly catch and troubleshoot performance issues such as the request rate of concurrent executions that are either stream-based event sources, or event sources that aren’t stream-based, rather than having to wait hours to identify whether there was an issue.

I am most concerned about AWS Lambda limits (i.e., code storage) that are fixed and cannot be changed at this time. By default, AWS Lambda limits the total concurrent executions across all functions within a given region to 100. Why? The default limit is a safety limit that protects the corporate from costs due to potential runaway or recursive functions during initial development and testing.

The biggest relief for Rauhmel is he is able to encourage the trainees to focus on coding their applications instead of pressuring them to worry about the logs associated with the Lambda functions they create.

And the Winner of AWS Logging Contest is…

Just as at the end of an epic World-Series battle between two MLB teams, you sometimes wish both could be declared winner. Alas, there can only be one. We looked closely at the use cases, which were very different from one another. Weighing factors like the breadth in the usage of the Sumo Logic and AWS platforms added to our drama. While SmartThings uses Sumo Logic broadly to troubleshoot and prevent failure points, WHOmentors.com use case is specific to AWS Lambda. But we couldn’t ignore the cause of helping teens learn to write code in popular programming languages, and building skills that may one day lead them to a job.

Congratulations to WHOmentors.com. Your Drone is on its way!

Learn about one engineer's – Ben Abrams, Supreme Unicorn Hunter of Planet Earth and the Entire Galaxy Besides – journey migrating to Sumo Logic from an AWS-managed ELK solution in order to free up operational resources and get engineers focused on extracting value from logs rather than spending time managing the solution.

This document is meant for executives (CIO/CISO/CxO) and IT professionals who are seeking to understand the business use case for Kubernetes.

We are a multi-cloud managed services provider (MSP) that works strictly with Amazon Web Services (AWS), Google Cloud Platform (GCP) and Microsoft Azure. We’ve been working with enterprise public cloud leaders in Europe since 2012 and our goal is to provide fully managed public cloud transformation to our customers. This comes in many forms, including infrastructure automation, and application development and managed services that take an IP-driven approach to public cloud provisioning, optimization and ongoing management.